Terror beyond belief… Horror beyond imagination and that is just the staff, wait until you come face to face with the MURDERER! Murder Mystery Nights in Fife.

You have travelled to the shores of Fife with an invite to a large secluded building that, even in the dark, stands out against the hills behind it. The lights from its many windows offer the false promise of warmth and safety as they pierce the darkness of the night. The only sounds you hear bring you no comfort; a lone dog howling at the moon, the wind wailing through the trees and the relentless sound of the waves crashing against the shore. This is a night for MURDER.

An evening of suspense and fun can be arranged by The Kingswood Hotel for private parties and work nights out.

Book your own Murder Mystery Nights 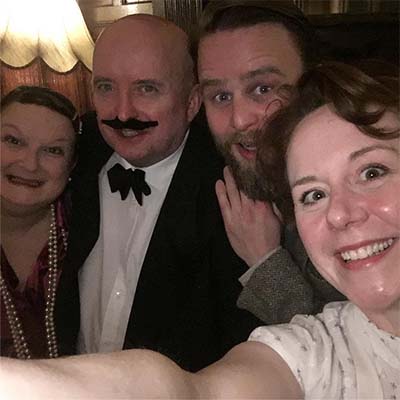 The Kingswood Hotel is able to hold Private Murder Mystery Nights at a cost of £44pp based on a minimum of 20 diners. Included is a Murder Mystery performed by professional actors and a 4-course dinner.

Generally, the Evening will start around 7.00pm for 7.30pm with the mystery being performed throughout the meal. There is an element of interaction between the actors and diners and towards the end of the evening the guests are given the opportunity to work out ‘whodunnit’ and why concluding around 10.30pm.

If you were thinking about fancy dress, let us know what theme or era you had in mind and we can arrange for the theatre company to perform a mystery to reflect this.

We have a lot of murders for you to solve at The Kingswood Hotel Murder Mystery Nights.

Death at the Kingswood

You are most graciously invited to join Dr Black for dinner at his country house. On arrival, you learn that your host is dead in suspicious circumstances. Your task is to find out who killed him, why and where? His resident guests would surely know what happened, wouldn’t they? Based on a popular board game.

Death at the Kingswood – Can you solve the crime?

Where there’s a Will…

As the family gathers to hear the Last Will and Testament of a recently deceased businessman, it becomes apparent that his death may, after all, not have been accidental.

Where there’s a Will… Can you solve the crime?

Enjoy a Murder Mystery Dining Experience at The Kingswood Hotel

A sudden death and the disappearance of a valuable Jacobite artifact are the subject of police investigation.

The Jewel – Can you solve the crime?

Good food, a laugh, and a murder to solve! What more do you want on a night out?

In an establishment troubled by ghostly appearances, a psychic consultant has been engaged to investigate. The sudden death of her employer becomes part of the study.

The Black Lady – Can you solve the crime?

You might enjoy yourself so much that you stay forever! 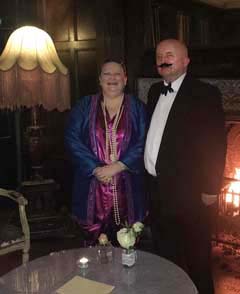 At the annual fundraising dinner, the school is trying out a new method of fundraising – an auction. Many fabulous prizes have been donated. What could possibly go wrong?

St Anthony’s – Can you solve the crime?

A wealthy and notorious collector of all things murderous has invited some guests to his home, to enjoy his collection and to celebrate his birthday. As the evening progresses they find their host dead. What has happened – and why did he select these particular people as his guests?

Dangerous Game – Can you solve the crime?

Which of your friends are a sleuth and which is the murderer?

A party is held to honour the winner of the best theatre actress award and to present the award. As the evening progresses it is clear that some of the guests greatly resent and dislike her – is her life in danger?

Award – Can you solve the crime?

At this murder mystery dinner are you sitting next to the murderer?

It’s the annual Company get together, and normally it’s the time when staff bonuses are announced, along with the employee of the year award. Tonight though, some of the staff team have other plans. But it could all go horribly wrong.

The Great Escape – Can you solve the crime?

Who is the employee of the year and who is the murderer?
Is it one and the same person? Could it be you?

The Night before Christmas

At the traditional Hamilton family gathering at the mansion house, our hostess, who has recently remarried, has invited her closest friends to meet the new husband. He does not appear. What has prevented him from attending? Can be adapted for occasions other than Christmas (New Year, Easter, birthday, etc).  Early 20th Century.

The Night Before Christmas – Can you solve the crime?

Enjoy a four-course murder mystery dinner
and sink your teeth into a juicy murder.

Murder at the Mansion House

A country squire and owner of the Mansion House has been found dead, stabbed in the back by a silver dagger, in his study. Your task is to assist M. Hercules, the famous detective, to uncover the facts of what happened. Early 20th century.

Murder at the Mansion House – Can you solve the crime?

Are you here to help solve the murder mystery?
Or are you just here for the dinner?

At the opening of Kingswood House as a private hotel, the first guests have arrived to learn that their host, has died just the previous evening in an unfortunate incident – after eating just one mouthful of the partridge, which was prepared for dinner. The question is was his death by accident or design? Early 20th century.

Murder most Fowl – Can you solve the crime?

Following his ‘transforming’ experience with the ghosts of Christmas past, present, and future – and in an effort to mend his ways, Scrooge has invited a number of people to his home to celebrate Christmas. But as the turkey is consumed and ‘good cheer shared, no one is sure whether his goodwill is real – and not everyone is prepared to forgive the sins of the past. Victorian.

Scrooge the Murder – Can you solve the crime?

With a Kingswood Hotel four-course menu to choose
from this Murder Mystery Night will be more
about the gravy than the grave. 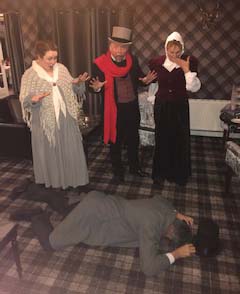 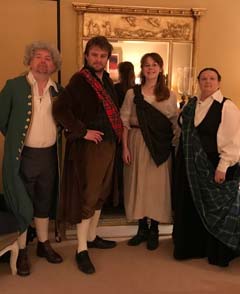 A Magistrate, formerly loyal to King George holds a banquet to announce his ‘conversion’ to the Jacobite cause. What is his guilty secret… and who is it that threatens his life? A tale of Politics and Intrigue. Costumed – 18th century Jacobite.

The White Cockade – Can you solve the crime?

A Scottish theme mystery.
An ideal choice for fancy dress.

In a story based on characters created by R L Stevenson in Kidnapped. Alan Breck stands trial for murder. Ambition, revenge, and greed are all powerful motivators. Who has the most to gain by Breck’s death? Costumed 18th century.

Trial and Error – Can you solve the crime?

Murder, ambition, and greed! Talking
about greed, where is the dinner!

John Winner is murdered on the 1st anniversary of his BIG lottery win. Who at the party would do such a thing? You decide!

Life’s a Lottery – Can you solve the crime?

You will need more than luck to
solve this murder mystery whodunnit.

An eminent Gynecologist is found dead in a bathroom at work at the local hospital. ooh, Matron, can you work it out!

Carry on Dying – Can you solve the crime?

What a carry-on! You could
end up dying of laughter!

Knit one, kill one

A knitting pattern magnate is murdered whilst aboard his yacht, The Black Purl. Bring the perpetrator to justice and don’t let anyone pull the wool over your eyes.

Knit one, kill one – Can you solve the crime?

Dr Black is dead. Which colour killed him, Where, with what and why?

The game is afoot!
But what game?
Certainly not Ludo!

In my Lady’s Chamber

A tragedy mars the engagement celebration of a beautiful actress to her rich Theatrical Agent. Can you help the local constabulary with their enquiries, old chap?

In my Lady’s Chamber – Can you solve the crime?

Whodunnit? Can you find out at
The Kingswood Hotel’s
Murder Mystery Evenings?

One twin is found drowned the morning after the night before. Did she slip after too much champagne?

An exceedingly good murder – Can you solve the crime?

18 of us stayed at The Kingswood this month and hired the conservatory for a private murder mystery meal for a hen party.

The hotel itself is lovely, with nice size rooms and comfortable beds. There are lovely views over the Firth of Forth. The conservatory is very versatile and was perfect for our needs. There is a lounge just off the conservatory and we made ourselves comfortable there for most of the day and the end of the evening. Norrie the barman deserves a special mention for looking after us so well.

I knew from the numerous communications I had with the hotel before the event that we had chosen the right place. Nothing was too much trouble. The evening meal menu was changed to suit and drinks we requested were bought in.

This all made for us having a great time and we’ll definitely be back.

We stayed overnight after a friend had her birthday party here and right from our arrival we were treated so well. Excellent reception and shown to our room which was lovely and bright and very clean. The only small downfall was the shower bit being very powerful but can imagine the water pressure in these old buildings is to blame. Down into a lovely bar area with lots of lovely seats and tables for drinks and then in to a very nice conservatory. Dinner was served and very hearty portions!

The murder mystery side of it was absolutely fabulous. We hadn’t ever done one before and didn’t know what to expect. The actors excelled themselves and were so sharp and funny. The evening flew by – nobody guessed the murderer – and we overheard other guests say they wish it wasn’t Saturday night as they would’ve stayed another night they enjoyed it so much. Breakfast was as you would expect with superb views over the beach and we left having found a new place we would stay again with pleasure. 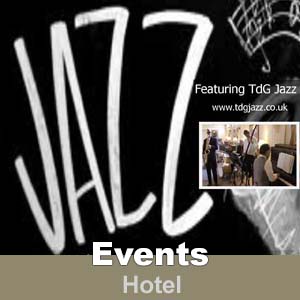 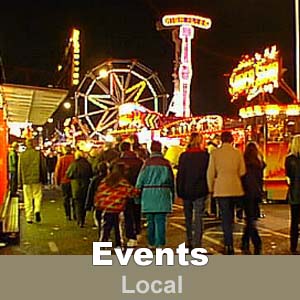 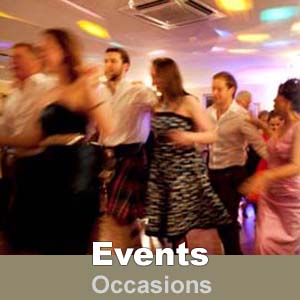 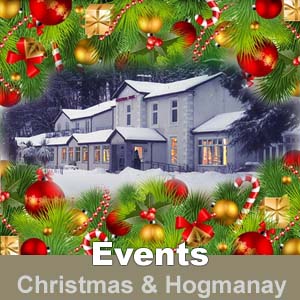